Pot Stock Investors Will Love What We Saw at D.C.'s Biggest Cannabis Conference 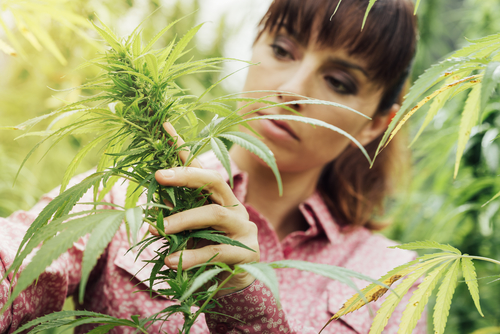 I've said before that Attorney General Jeff Sessions is a marijuana flat-Earther, out of step with society and science, and way, way behind the times.

In fact, his views on pot are so regressive that his mere nomination for the post of "Top Cop" last year sent all kinds of legal cannabis stocks plummeting. That's a phenomenon we observed virtually every time Sessions took to the podium in an official capacity to talk about federal drug policy.

However, I've also said that legal marijuana is an unstoppable freight train and that there's hardly a thing Sessions could do to stop it. In addition to saying it here in Money Morning, thousands of people heard me make that big claim during my Pot Stock Summit last month.

That's no idle talk, either. As of right now, we've got 100% confirmation that Jeff Sessions has been totally beaten in his quest to roll back the pot prohibition clock to 1968.

Here's how we got it: We went right into the "belly of the beast" in Washington and one of the biggest pot trade shows on Earth, to find out about Jeff Sessions' defeat and an even bigger development in a market that's set to hit $55 billion by 2025.

My editorial team jumped at the chance to head down I-95 to visit the Marijuana Business Conference & Expo near D.C. last month.

I certainly liked what I heard from them. I think weed investors will, too.

Turns out, the folks actually in Washington are equally optimistic.

U.S. Rep. Earl Blumenauer (D-OR), during a talk at the conference, said the atmosphere on Capitol Hill is the most positive and optimistic he's ever seen regarding legalized marijuana.

"This is something that came from the people - this is truly grassroots," said the longtime lawmaker and recent co-founder of the Congressional Cannabis Caucus. "What the voters think, that is what gets attention on Capitol Hill."

In fact, just about everything we heard during the first full day of expo events echoed a refrain I've been yelling from the mountaintop for months: The Trump administration is not going to challenge the legal marijuana industry.

A fleet of A-list speakers proclaimed that Sessions won't be able to hunt legal marijuana purveyors even if he wants to.

My team spoke directly to the guy who literally wrote the book on this.

The Cannabis Sector Is About to Get a Massive Boost

We caught up with John Vardaman, the former assistant deputy chief of the U.S. Department of Justice (DOJ), who helped write the Cole Memo in 2013 and follow-up guidance a year later.

The Cole Memo directed U.S. Attorneys to "not focus federal resources... on individuals whose actions are in... compliance with existing state laws providing for the medical use of marijuana."

Vardaman told us that Sessions (or anyone else) would have a messy web to untangle if he tried to make an end run around the directives laid out in the Cole Memo.

In addition, the understaffed and strained Justice Department just doesn't have the manpower to prosecute a war on legal marijuana. It'd be next to impossible.

Besides, what's on the books "is working," Vardaman tells us.

Vardaman went on to highlight steady emergence of small, federally insured banks getting involved in the marijuana space.

You see, getting your marijuana company listed on the stock market is a critical step in growing your business... but being able to deal with a bona fide bank on a daily basis is truly invaluable.

Can you imagine what would have happened to, say, Google, back in the day if Larry Page or Sergey Brin had to stuff cash under their mattresses or in a safe somewhere? If they had no place to bank?

It doesn't even bear thinking about.

This news is huge for investors, because the emerging marijuana industry absolutely needs ongoing and increased support from banks and other lenders. Too much of their business is still conducted on a cash-only basis.

In other words, banks getting involved will improve safety and transparency for everyone from operators to regulators.

And on the shareholder side, these businesses will have a much better chance of listing if they have access to the same financial services as every other law-abiding U.S. company.

We're not done hitting the street for the very latest in this booming sector.

My team and I will be at the Cannabis Business Summit & Expo in Oakland, Calif., starting June 12. We'll be talking to more insiders, and bringing you more insights, directly from there. It should be extremely illuminating, considering that the West Coast - and specifically "Oaksterdam" - is ground zero for legal marijuana.

The Biggest IPO of the Year and How to Play It: Twenty-one legal marijuana companies have soared above 1,000% gains already. But get ready… There is a highly anticipated IPO that will happen any day now, and it is expected to be huge. Analysts are projecting a massive 254% gain right off the bat for private investors… But you must hurry. The IPO could happen at any moment. Details here…